Crossword by: Tom Heilman and edited by Rich Norris

Here are the answers to Saturday’s LA Times crossword puzzle:

Crossword by: Alan DerKazarian and edited by Rich Norris

Here are the answers to Friday’s LA Times crossword puzzle:

Here are the answers to Thursday’s LA Times crossword puzzle:

1. Pearl Harbor mo. DEC – One conspiracy about the Pearl Harbor attack is that Franklin D. Roosevelt provoked the Japanese to the attack the US to sway the opinion of the American public to enter the war.
4. Pearl Harbor presence NAVY
8. Cuts into ERODES
14. Singles out ISOLATES
16. League of Nations home GENEVA
17. “Right back atcha!” SAME HERE
18. Came down and delayed the game RAINED
19. Capital on the Dnieper KIEV: Kiev or Kyiv is the capital and the largest city of Ukraine, located in the north central part of the country on the Dnieper River. The population as of the 2001 census was 2,611,300, though higher numbers have been cited in the press. Wikipedia
20. Bay window ORIEL
22. Prepare for an attack DIG IN
25. Words on some blue balloons IT’S A BOY!
30. Ruler in un palacio REY
32. Story including a time and place ALIBI
34. “Finished!” THERE
35. Bring down the curtain on END
36. Almond __: candy ROCA
37. Quran religion ISLAM
38. Antilles native CARIB
40. Penny prez ABE

1. Frisbee, e.g. DISK
2. Hollywood’s Morales ESAI: Esai Manuel Morales is an American actor. He is well known for his role as Bob Valenzuela in the 1987 biopic La Bamba. He also appeared in the PBS drama American Family and in the Showtime series Resurrection Blvd.. Wikipedia
3. “Ally McBeal” genre COMEDY-DRAMA
4. “Forget it!” NAH!
5. Took the cake? ATE
6. Riverdale High brunette of comics VERONICA
7. North Sea feeder YSER: The Yser is a river that originates in French Flanders, enters the Belgian province of West Flanders and flows into the North Sea at the town of Nieuwpoort. The source of the Yser is in Buysscheure, in the Nord département of northern France. Wikipedia
8. Wetlands nester EGRET
9. Skunk, literally and figuratively REAL STINKER
10. Secretive maritime org. ONI
11. Cozy retreat DEN
12. Anticipatory time EVE
13. In a funk SAD
15. Strauss of denim LEVI: Born February 26, 1829 Levi Strauss was an American businessman of German Jewish descent who founded the first company to manufacture blue jeans. His firm, Levi Strauss & Co., began in 1853 in San Francisco, California. Wikipedia
21. Sundial number III
23. Harbor hauler GARBAGE SCOW
24. U.N. anti-child-labor agcy. ILO
26. Nodding words AHSO
27. Popular ’60s-’70s pants, and what can be found in 3-, 9-, 23- and 33-Down? BELL BOTTOMS
28. Henry Clay, for one ORATOR
29. Sana’a citizen YEMENI
30. Eat one’s words RECANT
31. Fill with love ENAMOR
33. Pachyderm friend of Zephir the monkey BABAR
39. Javert’s rank: Abbr. INSP
41. 🙁 is one EMOTICON
45. “Not __ bet!” ON A
48. Animation still CEL
51. Speeds ZOOMS
53. Capital formerly named Christiania OSLO: Oslo is the capital of and most populous city in Norway. Founded around 1000 AD, and established a “kaupstad” or trading place in 1048 by King Harald III, the city was elevated to a bishopric in 1070 and a capital under Haakon V around 1300. Wikipedia
55. Puts (out) TAGS
57. __ Day vitamins ONE A
58. Cooped (up) PENT
59. Leeds-to-London dir. SSE
60. Without exception ALL
61. “Groovy!” FAB!
62. “Out of the Blue” rock gp. ELO
64. Pump part TOE
65. Lime ending -ADE

Here are the answers to Wednesday’s LA Times crossword puzzle: 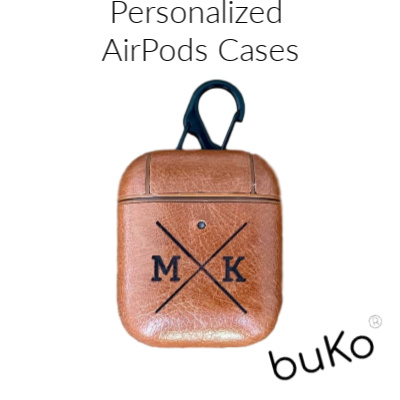